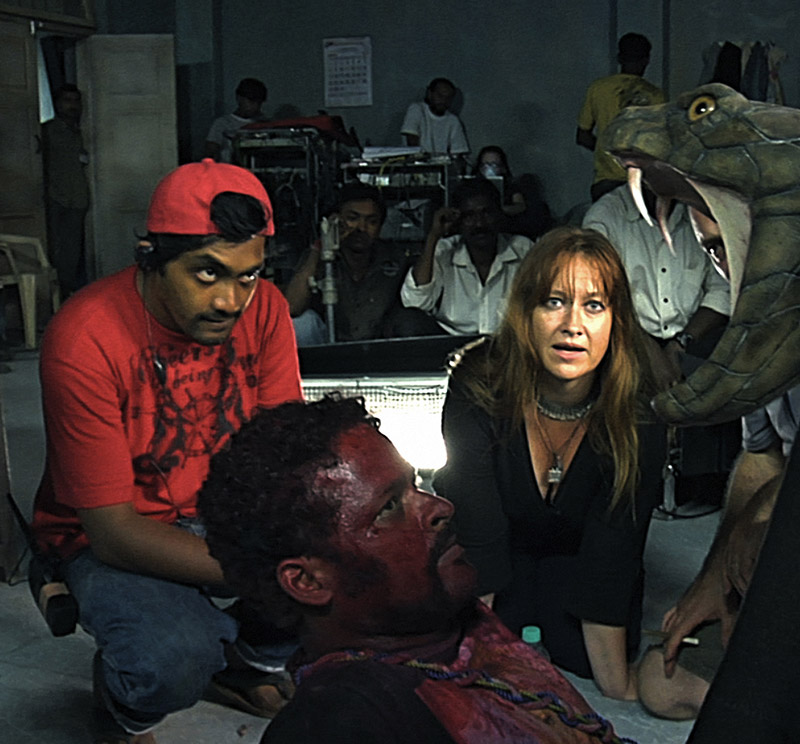 Welcome to India! Home of the world’s largest movie industry, where mere mortal film stars are worshiped with the same fervor as timeless Indian Gods; and the new buzzword ‘co-production’ looms on the lips of Indian financiers keen to form a Bollywood-Hollywood alliance.

Hollywood’s prodigal daughter, Jennifer Lynch, travels to India to direct Hisss: a creature-feature film about the vengeful snake Goddess Nagin. But things go wrong very quickly. Perhaps there is a good reason why Hollywood and Bollywood have never blended like this before…

The more they plan, the more the Gods laugh. The more they try to lock things down, the more they seem to shift; locations, cast, scripts are constantly rotated, re-invented and improvised depending on what the Indian day brings. A cyclone strikes and superstitious crew don’t do much to help. All differences, apparent and invisible, personal and professional are brought to the surface.

With uncensored candour, Lynch can only cheerlead and watch with part hope, part despair as her beloved Hisss strays further and further away from her original vision.  Surrounded by a team of truly wonderful Indian crew, her twelve-year-old daughter, and a cast of Bollywood stars, she does her best to stay sane and guide the production through a minefield of disasters.

Lynch is well known for making bold, if not ill-fated, choices in her filmmaking career. But nothing could prepare her for the unmapped territory of Bollywood-Hollywood movie making, where chaos is the process and filmmaking doubles as a crash course in acceptance and self-realization.

Despite the Gods tells the untold tale of Jennifer Lynch's Bollywood odyssey. 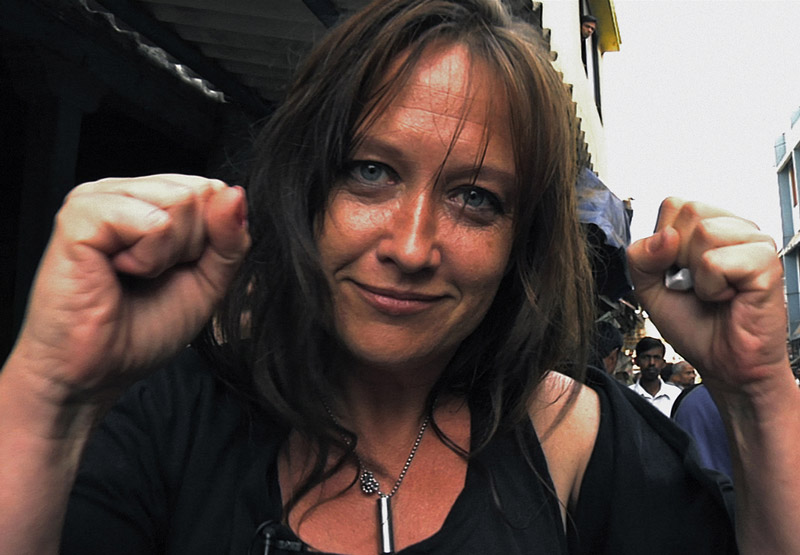 JENNIFER LYNCH is an American film director and screenwriter, best known for writing the book The Secret Diary of Laura Palmer and for being Hollywood’s youngest female writer and director with her 1993 feature film Boxing Helena.

Lynch was born in Philadelphia, Pennsylvania, the daughter of artist and filmmaker David Lynch and painter Peggy Reavey. At the age of three, Lynch appeared in her father’s “Eraserhead” (released 1978), which David Lynch has said, was inspired by his daughter’s birth.

Lynch was educated in Los Angeles and Michigan (at the prestigious Interlochen Arts Academy) and, as a teen, worked as a production assistant on her father’s film Blue Velvet (1986). Already known for her precocious writing ability, she authored The Secret Diary of Laura Palmer to accompany the Twin Peaks television show (1990). Next her commissioned screenplay for Boxing Helena, which she would later go on to direct, attracted feminist outcry over the sadistic subject matter and accusations of nepotism. This undoubtedly contributed to the movie’s critical panning upon its release.
Afterwards, Lynch retreated from the public eye for 15 years, during which time she had daughter Sydney Lynch and later suffered a brutal car accident, causing her to endure 3 consecutive spinal injuries, leaving her wondering if she would ever walk again. Returning to the industry with a new film Surveillance, she landed the best director award at the New York City Horror Film Festival - the first time it had been awarded to a woman.

Looking back over her career, she has been quoted as saying “It’s great to have fallen at on my face and to stand up again... I have more to say in a much more mature voice.” Currently she has multiple films in various stages of production and regularly works directing numerous TV series. 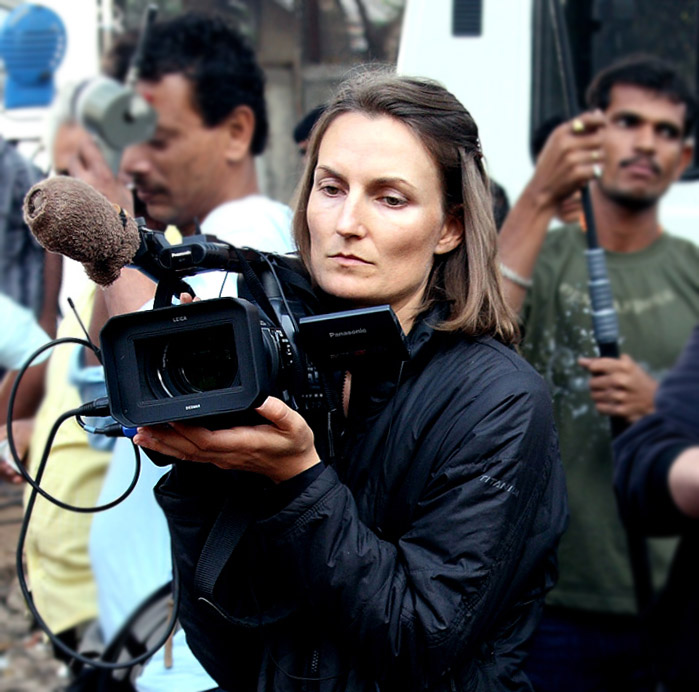 PENNY VOZNIAK is a documentary filmmaker and video artist.

The Last Best Hope of Earth will be her second documentary feature and she is also currently working on a short film about romance novelists in war-torn Sahel.
In 2010, she was shortlisted for the Shots Magazine Asia Pacific New Director Award for her one-take music video, Precious. Since then she has made a series of single shot dream-themed videos to accompany Appleonia’s debut album, ‘Oh’.

"Despite the Gods" is Penny’s first film.

Appearing in the film